Posted by Justin Falkenstein on November 22, 2022

Plant and processing, power industry, marine and offshore design engineers face the constant struggle of high engineering design and labor costs when it comes to CAD model simplification and integration with their design and layout systems. The ever-present barriers and problems of 3D model data exchange, simplification and integration, that prevent re-use of solid models in design, analysis, and manufacturing systems require a solution. 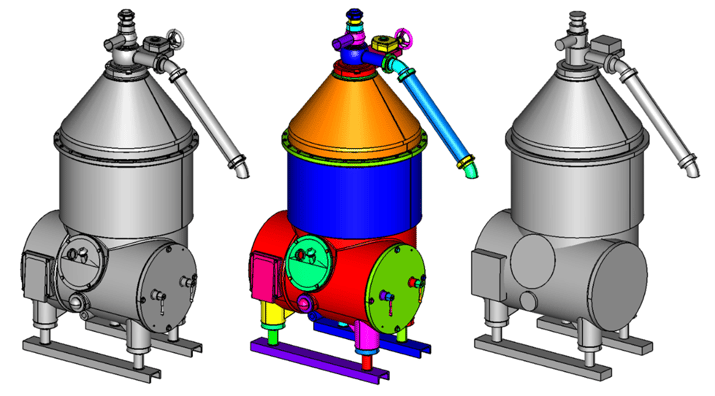 All existing automatic simplification Wizard operations such as hole, protrusion, and internal detail removal have all been updated. The result is a robust and fully automated CADfix PPS 4 model simplification process that maintains the balance between processing time, file size reduction, and retaining the appropriate level of detail.

Primitive Solid Simplification
The ability to convert complex solids to primitive box and cylinder representations has been extended with the addition of a new conical solid option. A new “best Fit” option will automatically determine the most representative primitive solid to use based on user defined criteria.

Holes and Protrusions
The hole, protrusion, and internal detail removal features are all faster and now handle more complex and special cases. For example, complex holes spanning multiple faces and with partial exits can now be identified and filled automatically.

Extruded Solid Simplification
CADfix PPS 4 also adds the ability to automatically identify complex extrusions and convert them into simplified extruded profiles, with options to control the level of detail retained. This has a major impact on reducing file size for models containing a high number of structural members.

Automatic Lettering and Logo Removal
Lettering and logos are a frequent source of excess data in mechanical CAD models that is not required in plant design systems. ITI has implemented a new tool that identifies raised, sunken and flat lettering or logos and automatically removes them, producing significant file size savings. 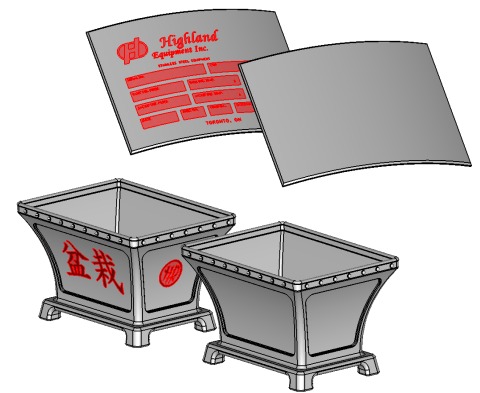 CAD Interfaces
As with every new release, the CAD import and export interfaces are updated with enhancements to the standard STEP, DWG, Parasolid and SAT interfaces, plus updates to the latest native CAD formats with support for Catia V5-6 R2022, Creo 9, Inventor 2023, NX 2007, SolidEdge 2022, SolidWorks 2022, and MicroStation.

User Interface
The CADfix PPS4 user interface has been revamped with a new layout and improved interaction to provide easier navigation between tools. When combined with new simplified dialogues and icons for the simplification tools, it all adds up to give significantly enhanced usability.

The Model Tree tool now operates in a slide-out mode that allows visibility of the tree whilst working with the interactive tools. A new face-count entry in the Model Tree, enables parts to be listed based on number of faces, helps users quickly identify those parts in the model with a heavy face count where simplification would have the greatest benefit. Selection is also improved with the updated ‘Pick Similar Parts’ tool now providing powerful searching based on component size, shape, and profile.

The power of CADfix PPS is in its ability to rapidly simplify large equipment models for integration into plant design systems, where productivity improvements make a real difference. This latest release will deliver further time and cost savings for our customers, helping them achieve even greater time to market reductions in a very competitive industrial environment.